It's hard not to spoil your kid when you can get a racetrack for $5 at a consignment sale. 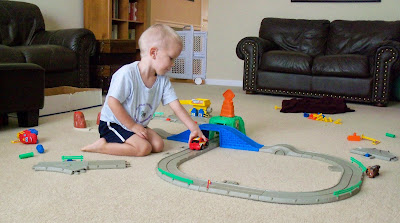 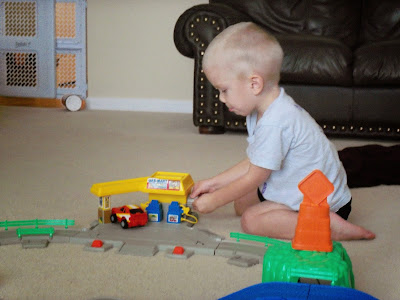 He likes it so much that he insisted on taking a nap with it. 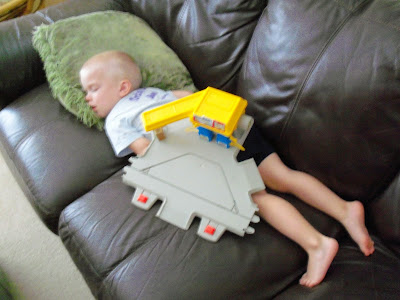 Gavin uses the word big (pronounced "dig") to refer to anything large, tall, high, in large quantity, etc. Usually if I ask him if he wants a cookie or a snack he'll respond "dig!," meaning he would like a large cookie or a lot of cookies. He has an interesting word for small - baby, pronounced in plural form "dadies." Anything small gets refered to as a baby. Yesterday we had sweet potato french fries with lunch. He picked up an unusually lttle fry, said "dadies" kissed it and then rocked it in his arms, well, like a baby.

This past week or so Gavin has been saying:
He's started talking back  to the tv - he'll yell "no!!" or "boo boo, ow"

He's also started sometimes talking to himself while playing. This morning he was playing with his cars and trucks and kept saying, "no! mine!....mine!...mine!..no!" Not sure what that was about.

Now often times when I ask Gavin a question he will put his finger to his lips and say "hmmm..." while pondering a reply.

Gavin generally dislikes coloring. It doesn't hold his attention. He can play with play-doh for hours, but coloring only lasts a few seconds. However, yesterday I did get him to draw a face. I drew a circle, and Gavin was able to correctly draw and place eyes, nose, mouth, hair, and ears. He was able to draw pretty good circles for the eyes, which is a milestone developmentally. I was impressed since this was the first time I had done this activity with him. I tried it a second time, and Gavin drew a bunch of eyes on the face and indicated to me by gesture and a growl that he was drawing a scary monster this time. It never ceases to amaze me how "male" his actions just naturally are.

We bought Gavin his first real bike today. He hasn't figured out the peddling part yet, but is making progress on the steering and balancing. 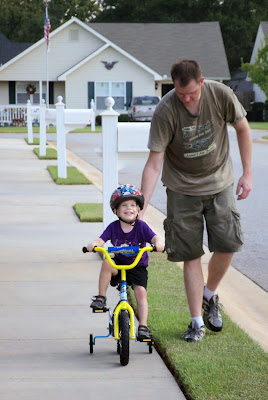 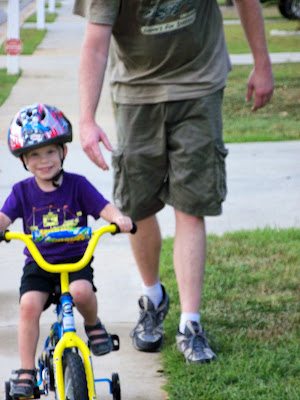 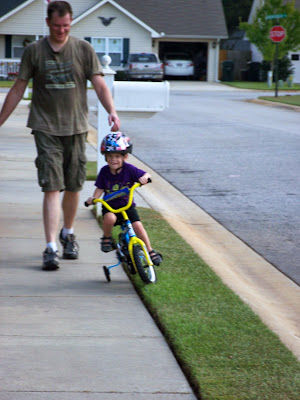 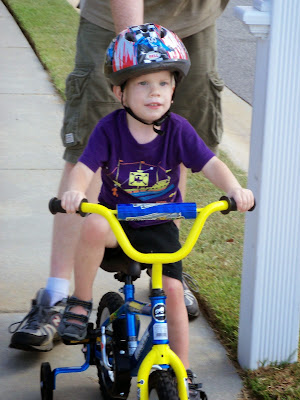 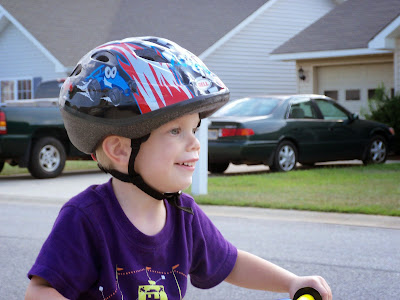 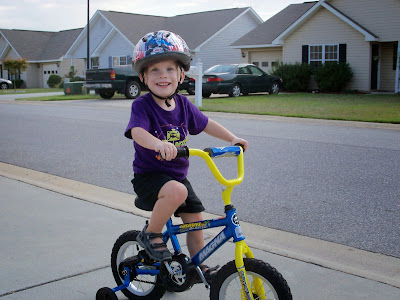 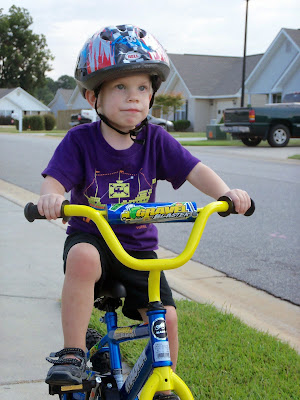 An application of swimming skills

Today Gavin got to learn what it would feel like if he were to fall in a body of water fully clothed. He did an awesome job:


swimming with clothes from Kelly C on Vimeo.

floating with clothes from Kelly C on Vimeo. 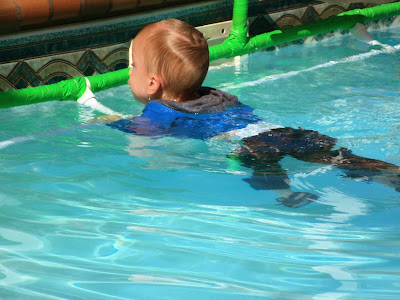 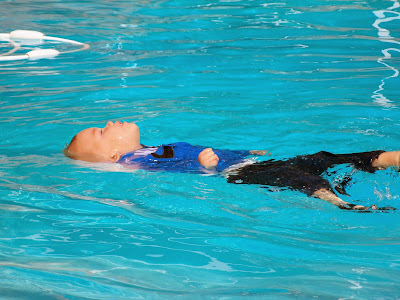 I've decided to start keeping track of the books I read. Most of them come from the library, so maybe this list will serve as a reference in case I ever recommend a book or want to re-read a section. Here are the books I finished in August:
All of these books are worth reading in my opinion. I learned something from each one, which is my mark of a good book. I also disagreed with some of the stuff in some of them, which I guess shows I'm being at least somewhat adventurous in my reading. I learned that Dave Ramsey is sticking to his long term estimate of 12% gains in the stock market. I hope he's right. I learned how to fold a t-shirt like they do at the GAP. I thought this was way cool, whereas Jake was not impressed with this knowledge. My favorite thing that I learned was from Merillee Boyack's book, about a concept called complementary competencies. The item I most disagreed with: from Stacy Platt's book, the suggestion that a person should not own duplicate pots or pans that are the same size. What? That's just crazy talk! She must not cook much. A close 2nd place, from Laura Schlessinger's book, is the suggestion that if your husband grows a mustache or beard that you should never tell him that you don't like it. I also started a couple books that I didn't like and thus didn't finish, which I didn't keep track of. Maybe I will in September.